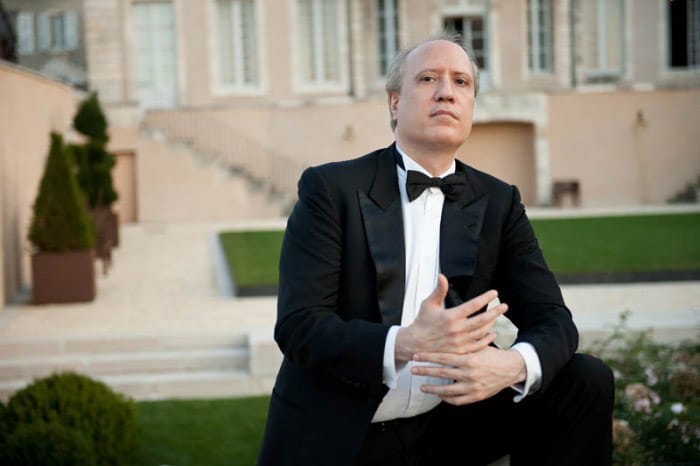 BVOF Artistic Director, Dieter Kaegi, the Board and the Executive Team are proud and delighted to present the phenomenal talent of pianist, Giovanni Bellucci at Dromore Yard’s Evening Concert on Sunday, 2nd June.

Bellucci’s stratospheric career started when he discovered piano playing at fourteen years old. His first foray was to teach himself the 32 Sonatas by Beethoven.

Two years later he gave his first concert with orchestra with the “Totentanz” by Liszt. This was followed by encounters with so many great musicians such as Paul Badura-Skoda, Alfred Brendel, Murray Perahia, Maurizio Pollini and the great Russian pianist Lazar Berman, who said of him: “Bellucci is one of the greatest talents I have ever heard … through his phenomenal virtuosity he produces a musically highly innovative discourse.”

After winning the 1996 World Piano Masters Competition in Monte-Carlo, Le Monde newspaper claimed that, “There are less than ten Pianists of his stature in the world: Bellucci revives the golden age of the piano.”

Giovanni Bellucci considered one of the most inﬂuential pianists of our time. In awarding him the “Editor’s choice” recording prize, Gramophone described Bellucci as “an artist destined to continue the great Italian tradition, represented in the course of time by Busoni, Zecchi, Michelangeli, Ciani and Pollini”.

Dieter Kaegi says, “We are honoured and delighted that Mr Bellucci has agreed to play a concert with the most challenging opera paraphrases composed by Liszt at our Blackwater Valley Opera Festival. It allows us to showcase one of the greatest piano playing talents today, in my adopted country, Ireland”.