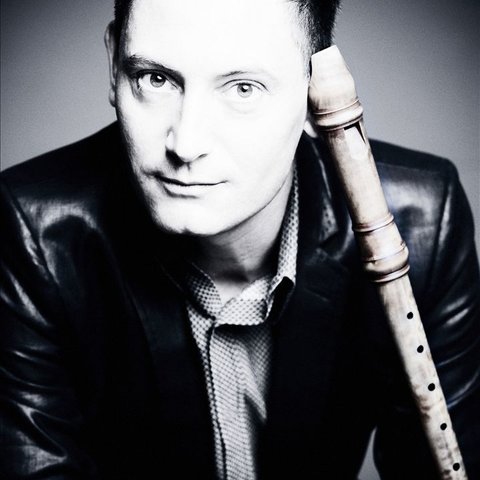 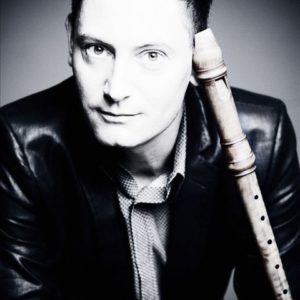 The Blackwater Valley Opera Festival is delighted to welcome Maurice Steger to Dromore Yard on Thursday 28 May. Steger will perform accompanied by classical maestros Daniele Caminiti and Mauro Valli in a concert that is set to be one of the highlights of our festival. Tickets are available here.

Legendary musician Maurice Steger, a “recorder player in a million” (The Times) has performed in solo concerts and ensembles across the world to both popular and critical acclaim, causing audiences to see the recorder in an entirely new light. Often deprecated as nothing more than the first instrument of reluctant primary schoolers, in Stegner’s hands the recorder is transformed into something otherworldly. Indeed, an evening spent witnessing Steger’s dazzling virtuosity is sure to fully exonerate the instrument from this dull reputation. Those who have been privileged enough to witness Steger’s artistry before can attest to the unbridled joy and vivacity of the experience; it is impossible to listen to Steger without breaking into a smile.

Celebrated by The Independent as “the world’s leading recorder virtuoso”, Steger is also a remarkable stage presence. His manner delights audiences with a sense of charisma and spontaneity that is no less brilliant than his technical skill and full instrumental sound.

Festival Director Eamonn Carroll said “Maurice Steger is the world’s best recorder player. We feel immensely fortunate to have him perform a concert at this year’s festival”.

Daniele Caminiti and Mauro Valli join Steger for this performance. Like Steger, multi-award-winning classical guitarist and lutenist Daniele Caminiti is dedicated to the study of Early music. Born in Sicily, Caminiti graduated in classical guitar at the ‘Conservatorio’ in Pescara, thereafter studying under Oscar Ghiglia at the Music Academy in Basel and Peter Croton at the Schola Cantorum Basiliensis. His graceful, incisive sound has delighted audiences across Europe, where he has performed as a soloist and chamber musician in high-profile ensembles and orchestras, often playing with renowned artists.

Mauro Valli has worked with Steger before, the two musicians have made a number of brilliant recordings. Valli has spent the past thirty years dedicating himself to Baroque music played on original instruments, a vocation which has won him numerous international awards and has seen him performing in some of the greatest concert halls of the world. These performances have always met with the same great praise as his numerous recordings, the latest of which is published by Sony Records.

This evening promises not only fine music but fine dining, too. Guests will have the chance to indulge in a bespoke three-course gourmet meal created by chef Eunice Power. Eunice and her team will create a truly memorable culinary experience, served under the romantic outbuildings of Dromore Yard.

BVOF would like to acknowledge the very generous support of Mullin and Fund Families in staging this concert.