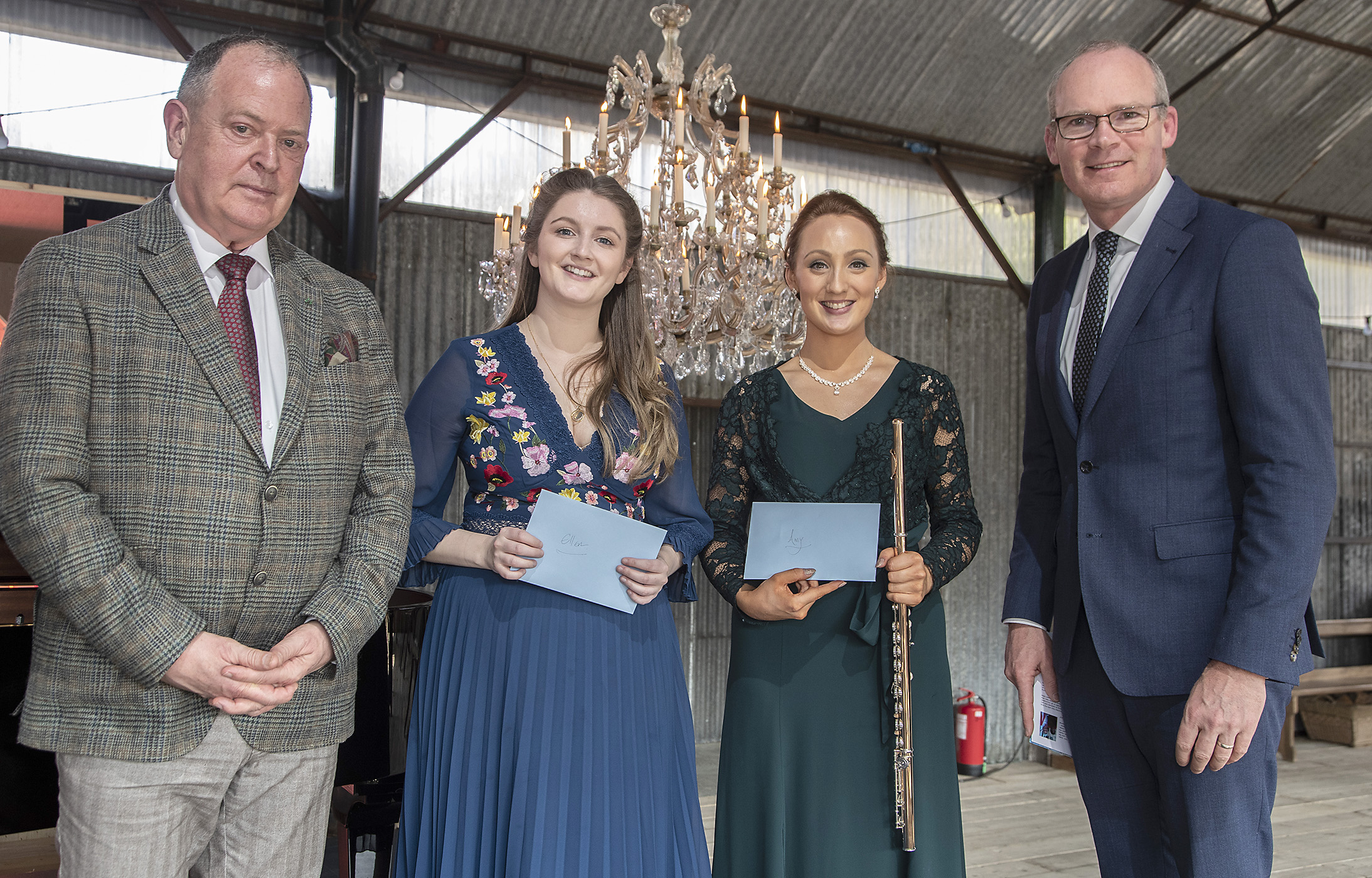 Tickets for this year’s BVOF Bursary Recital with Ellen Mawhinney and John Porter, as part of Blackwater Valley Opera Festival 2022, can be booked online here.

Ellen Mawhinney is a native of County Antrim and successfully completed her Master of Music Vocal Performance programme at the Royal Conservatoire of Scotland under the tutelage of Wilma MacDougall in 2020. She previously graduated from the RCS with a Batchelor of Music First Class Honours degree.  Her opera performances include Die Fledermaus with NI Opera, the role of Amore in RCS Opera Scenes, Scottish Opera’s concert production of Prokofiev’s The Fiery Angel and English National Opera’s collaboration with RCS of Dove’s The Day After.  Ellen was the inaugural recipient of the Irish Heritage Brackaville Bursary for Vocal Studies at the auditions in the Wigmore Hall in November 2019. That followed her success at the Charles Wood Song Competition where she was also awarded first place.

Ellen was also appointed as a choral scholar for the Genesis Sixteen programme 2018-2019 and has since joined The Sixteen in concert for their world debut performance of James Macmillan’s The Grand Inconnu at the opening of the Edinburgh International Festival at Usher Hall and the Barbican Hall in London. In September 2021, Ellen sang in the second Irish Heritage Bursary Recital at the Blackwater Valley Opera Festival.

John Porter hails from Donegal, and is a graduate of Royal Academy Opera and University of Ulster. He currently studies under the tutelage of Rosa Mannion. John is a former Young Artist for Garsington Opera and Northern Ireland Opera, and a finalist in the Accademia Teatro alla Scala competition.

In 2021 John returned to Northern Ireland Opera in the roles of Alfred in Die Fledermaus and the Narrator in The Chronic Identity Crisis of Pamplemousse, he joined The Belfast Ensemble for Abomination: A DUP Opera and debuted as Tamino in The Magic Flute with Waterperry Opera Festival, and Count Almaviva The Barber of Seville for his four year with Jackdaws Music Trust.

In September 2021, he made his debut at the Blackwater Valley Opera Festival in two roles:  Rinuccio in Gianni Schicchi as well as Aeglamour in the recording of Ina Boyle’s children’s opera Maudlin of Papplewick.

Amy Gillen graduated from the Royal College of Music London with a Distinction First Class Honours Masters of Music Performance in Classical and Jazz Flute and the prestigious Tagore Gold Medal. She received first class honours in her BA in Music Performance in Flute at the Royal Irish Academy of Music, and was awarded the McCullough Cup and RTÉ Lyric FM Bursary. She has performed as soloist with the RTÉ National Symphony Orchestra and RTÉ Concert Orchestra. Amy made her debut performance at the Wigmore Hall in London where she was awarded the 2018 Irish Heritage Bursary for Performance. Amy has won numerous prizes, including the Sir James Galway Rising Star Award, a14K Gold Nagahara, Flax Trust Bursary and Audience Award at the Flax, Belfast, Gemeinhardt piccolo and a Haynes head joint at GFF, Switzerland, Yamaha Woodwind and Brass Bursary for Ireland, and Most Promising Young Musician at Clandeboye Music Festival Belfast.

Rory Dunne studied as a singer and as an actor, and is a graduate of both the TU Dublin Conservatoire (BMus Hons) and The Bull Alley Theatre Training Company. His career has led him to work with Irish National Opera, Wexford Festival Opera, Cork Opera House, Northern Ireland Opera, Opera Collective Ireland, Lyric Opera Productions, Opera in the Open and the RTÉ Concert Orchestra Chorus. He has been awarded prizes from Feis Ceoil, Bernadette Greevy Bursary, Navan Choral Festival and the John McCormack Society, as well as being selected as a finalist in Northern Ireland Opera’s Glenarm Festival of Voice. 2021 performances included Cosi fan tutte with the Vienna Opera Academy, Gianni Schicchi with Blackwater Valley Opera Festival, Semele with Opera Collective Ireland and Le Songe d’une nuit d’été and Il Capuleti e i Montecchi with Wexford Festival Opera .