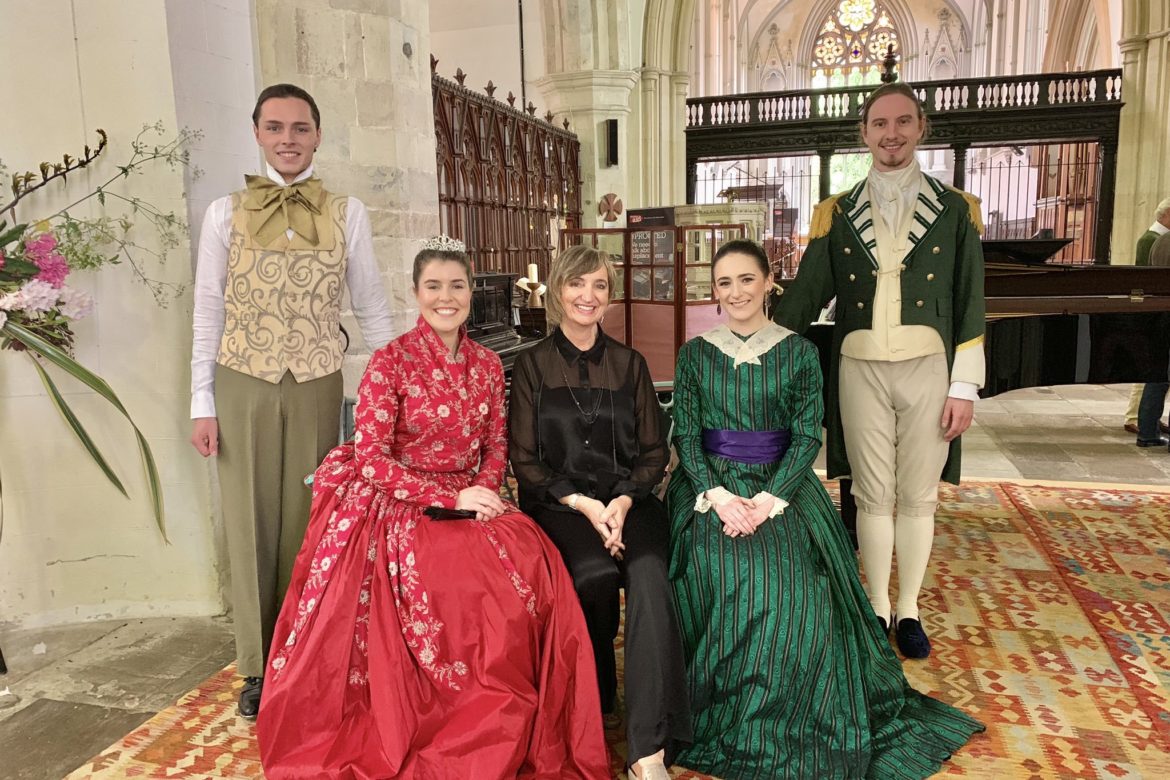 Is It Time To Reassess The Operas Of William Balfe?

During his lifetime the Irish composer, William Balfe, was considered to be the most important opera composer in the United Kingdom (Ireland at the time was still part of the UK), responsible for at least 28 titles, alongside many other vocal and instrumental works. With the possible exception of “The Bohemian Girl,” his operas have now been largely forgotten. The conductor, Richard Bonynge, believes this neglect to be “woeful and shameful,” and calls for “his works to be rediscovered and re-evaluated.” As part of the Blackwater Valley Opera Festival, the artistic director, Dieter Kaegi, decided to schedule a performance of Balfe’s only operetta, “The Sleeping Queen,” which was presented at St Carthage’s Cathedral in Lismore.

Written in 1864, the work consists of an overture with nine numbers in a variety of forms, namely two duets, two trios, an aria, two ballads, a serenade and a finale, separated by dialogue. It was originally written for piano, but Balfe later reworked it for orchestra and added a chorus. For this performance, by the Blackwater Valley Opera Festival, the original piano accompaniment was used.

The libretto, written by Henry Brougham Farnie, has a fairly straightforward plot, but its underlying theme is a homage to Queen Victoria. The Queen of Leon has fallen in love with Philippe D’Aguilar, an enemy of the Regent, who refuses him access to the Queen. However, the Regent is in love with Donna Agnes, the Queen’s Maid of Honour, for whom he is prepared to do anything. She conspires with Philippe to ensure that he can meet the Queen.

When he arrives the Queen is sleeping and he takes advantage of the situation and kisses her, for which the penalty is death. The Regent, who has been watching everything, demands his execution. The Queen is horrified and devises a plot to free Philippe, which entails disguising herself as Agnes, and arranging an assignation after dark. Delighted at the chance of meeting Agnes, the Regent readily agrees.

When they meet she encourages him to kiss her, which he is more than happy to do, but then she casts away her disguise and reveals herself as the Queen. He, too, must now be executed. The only way the Regent can be spared is if the Queen’s husband pardons him. Therefore, she marries Philippe, who in turn pardons the Regent, who now claims he always thought of Philippe as a good man.

The stage director for this performance, Kate Minogue, did a splendid job. Using minimal props she created a dynamic and dramatically engaging presentation, eliciting excellent performances from the young singers, who defined their characters clearly, and interacted in such a way that the narrative flowed easily. It was also noticeable how well all the singers projected their voices during their speaking parts, which given the fact she teaches communication and voice training, was no doubt also down to her coaching.

Undoubted Stars In the Making

The singers were all young, either at, or just out of the conservatory, yet their performances were professional, confident and of high quality. The piano accompaniment and musical direction were in the hands of Una Hunt, who produced a vibrant and engaging performance, and managed the cast expertly.

The undoubted star of the show, however, was the bass baritone, Kevin Neville, who played the part of the Regent. Deliberately exaggerating the negative and defining characteristics of the role, Neville hammed up the role as the stereotypical bad guy in a comedy show, and did it very skillfully and with a great deal of confidence, which allowed him to show off the fine qualities of his voice. He gave considerable attention to the meaning of the words, which he articulated clearly, so that each phrase was carefully moulded, and colored accordingly, in what was an expressively rich reading. His acting was equally satisfying, his timing and gestures perfectly set.

Susie Gibbons, playing the role of the Queen of Leon, was dressed in an appropriately regal costume and adopted a distant, queenly disposition, but was also sufficiently emotional to give form to her feelings for Philippe. She possesses a bright, clear soprano and sang with a breezy, confident demeanour. Her voice is agile, and her simple, but well-structured coloratura had a fresh, bright quality. Ornamentations were nicely placed, and her phrasing carefully crafted. Moreover, Gibbons displayed a strong presence. Her duet with the Regent, “The Treaty,” in which they sang without any regard for each other, was excellently done: he stood rigid, complaining and imploring, while she sang and danced happily around the stage. Both singers had the necessary presence to make the scene work.

The role of Donna Agnes, the Queen’s Maid of Honour, was undertaken by the mezzo-soprano, Sarah Kilcoyne. She produced a nicely balanced singing performance, which charmed and delighted, although possibly at the expense of vocal characterization, which could have been further developed. Her singing of the ballad, “Only a ribbon,” was attractively rendered, and showed off her warm, enticing middle register.

Philippe D’Anjou was essayed by the young tenor, Oisin O’Dalaigh, who showed considerable confidence in the role. His voice possesses a pleasing timbre, and he sang fairly well, portraying Philippe as an upright, earnest, somewhat dull individual, and managed to successfully capture his melancholia. Even if there are areas in which O’Dalaigh needs to develop, he showed enough quality to suggest he will soon be embarking upon a successful career. The serenade, “The noon-tide dream,” for instance, lacked the necessary emotional engagement, being a little mechanical at times, and thus did not quite capture the full sweetness of the situation, but on the other hand, some of his phrasing was beautifully crafted.

At the end of the performance the cast received a standing ovation from the enthusiastic and appreciative audience. It was, indeed, a wonderful performance, and the reception was thoroughly deserved. But, it was also appreciation for the work itself, which is a delightful piece, full of beautiful numbers, and vindicates Bonynge’s comments. What is also interesting is that the music, to a certain extent, has much in common with the operettas of Gilbert and Sullivan. Balfe’s work, however, predates their work; Gilbert and Sullivan wrote their first operetta in 1871, seven years after “The Sleeping Queen” was premiered.

Reproduced with kind permission of operawire.com