The Day-Time Recitals Series brings a variety of beautiful music to the Festival. The 2021 Series will feature these recitals in the magical surrounds of Lismore Castle where patrons can experience the picturesque castle as a backdrop and stroll through the beautiful surrounding gardens. 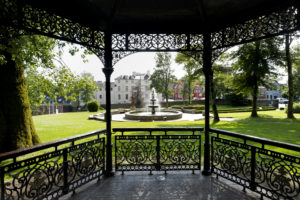 This year, we bring our artists to you in this pop-up programme, introducing a series of outdoor lunchtime Festival recitals into the programme. This is the perfect opportunity to enjoy some highlights of the classical and operatic repertoire in a less formal way.

We present these recitals as an opportunity to enjoy a flavour of the Festival in outdoor settings around the Blackwater Valley.

Attendance is free of charge 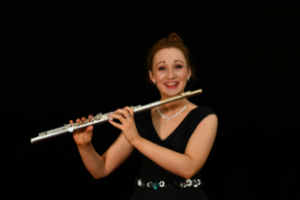 This year we are proud to present the first BVOF Bursary Recital, showcasing the talents of our 2020 Bursary winner, Naho Koizumi, Soprano alongside our 2021 recipients Rory Dunne, Bass-Baritone from Kildare and Donegal born, Amy Gillen, Flutist.

The BVOF Bursary Award supports exceptionally talented artists and is a vital part of our commitment to nurture and develop the careers of the best emerging Irish performers. The bursary winners are selected by the Festival’s Artistic Director, Dieter Kaegi, and are encouraged to use the funding to further their musical education and performing ability.

BVOF is proud to continue our successful partnership with Irish Heritage in 2021 through the Irish Heritage Bursary Recital. Irish Heritage is a not-for-profit performing arts organisation dedicated to supporting Irish musicians and composers at the start of their careers when their needs as young artists are greatest.

This event is made possible by the generous support of Michael and Gianni Alen-Buckley.

BVOF is proud to continue our successful partnership with Irish Heritage in 2021 through the Irish Heritage Bursary Recital. Irish Heritage is a not-for-profit performing arts organisation dedicated to supporting Irish musicians and composers at the start of their careers when their needs as young artists are greatest.

This event is made possible by the generous support of Michael and Gianni Alen-Buckley. 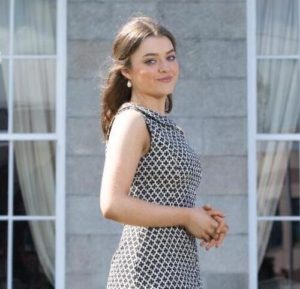 A core part of our mission at Blackwater Valley Opera Festival is to provide a platform for exceptionally talented young musicians, and the RDS Collins Memorial Recital is at the heart of that aim. This year, we welcome Ava Dodd, Soprano, accompanied by festival Repetiteur Mairead Hurley.

Exciting young Soprano Ava Dodd will perform an enthralling program of song and aria. Ava has won multiple awards including most recently in 2019, the ‘Most Promising Performer’ Award and Bursary at the Irene Sandford Competition (RIAM), and ‘Young Opera Voice of 2019’ at the Festival of Voice Competition, Northern Ireland Opera. 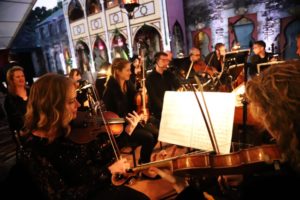 According to Gustav Mahler, in its beginning, all music was chamber music, performed by ensembles of instrumentalists and intended to be listened to in a small space by a small audience. We are pleased to invite you to join us for a string recital with Lynda O’ Connor and leading members of the BVOF Orchestra. The programme will feature works by Beethoven, Haydn, Mozart and Borodin.

Interaction and relationships are at the heart of any strong chamber music event, and it is a privilege for us to welcome some of Ireland’s leading orchestral players to Lismore Castle. 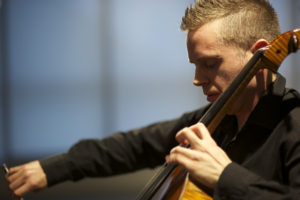 Following the release of their album ‘Folk Tales’ in 2020, Irish cellist Gerald Peregrine and English pianist Antony Ingham will perform miniatures by rarely-recorded composers such as Bax, Bridge, Delius, Elgar, Moeran and Vaughan Williams. We are fortunate enough to be able to host this word-class recital in the surrounds of the magnificent Lismore Castle.

The recital will feature selected music from ‘Folk Tales’, described by reviewers as “a delight from beginning to end.” ‘Folk Tales’ focusses on composers of the new English impressionists’ movement of the early 20th century. The folk revival at the time inspired these works, which incorporate themes of Irish culture and folklore. Peregrine and Ingham’s interpretation explores the positive cultural links that existed between Ireland and England at that time and highlights the influence that Ireland had on the development of British music. Last year, ‘Folk Tales’ was released to great critical acclaim by Naxos, the leading independent classical music record label worldwide. Classical FM’s Drive Discovery show selected it as Album of the Week, while BBC R3 and RTE Lyric FM both playlisted it.

Peregrine is regarded as one of the leading Irish musicians of his generation. He regularly performs in Europe, Asia, and America, and has gained acclaim for his solo and chamber music performances. He has been welcomed into the greatest music halls in the world, from Carnegie Hall to the Lincoln Centre and the Theatre de Champs Elysées among others. Similarly, the prize-winning Antony Ingham is one of the finest chamber musicians and accompanists working in London today. Ingham has performed as the official accompanist for the orchestra of the Royal College of Music, St-Martin-in-the-Fields, Trinity College, London College of Music and the Purcell School.

The Blackwater Valley Opera Festival, centered in Lismore, Co. Waterford, is held in the breathtakingly beautiful surroundings of Lismore Castle and Historic Houses on the shores of the scenic Blackwater River.